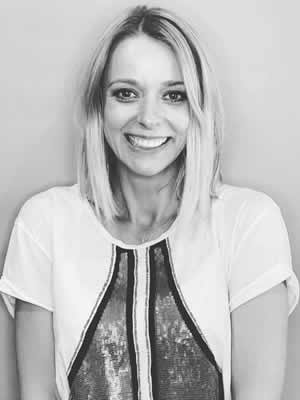 Yvonne studied Hair, Makeup and Wig making at the National Theatre in Nuremberg/Germany where she specialised in Wig making and Character makeup. Moving on with her career to work fulltime in the National Theatre Germany, Yvonne has taken part in adding beauty and life to hundreds of musical performances and Operas. This gave her the ability to be part of many well known musical productions, such as Cats and Beauty and the Beast in Stuttgart/Germany.

Appointed as head makeup artist by the national ballet company in Germany, Yvonne toured throughout Europe and China. Travelling between many countries has inspired her to travel around the world and resulted in her living in Melbourne, Australia.

Starting her career in Television, Yvonne has worked as Head of Department in Hair/Makeup at Channel 9 Melbourne. Supervising a large team of freelance Makeup Artists and shows including the Logies, Carols by Candlelight, 60 Minutes, Nine News Melbourne, Australian Open, The Footy Show and Millionaire Hot Seat.

Yvonne is currently working freelance in Melbourne for the Drama “Neighbours” and available for photoshoots, TVC’s, Film and TV.