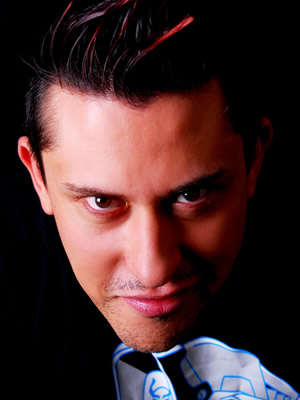 Beginning my career in the Australian TV & Advertising industry in 1995 as an on air tape operator at Network 10 Sydney, I have spent over 20 years moving through many facets of post-production & broadcast design, creating visual communications for major clients.

Working from 1996 till 2004  on a wide range of projects, including commercials, music videos, short films, documentaries, promos & series.

The following year after completing work on the Sunday eviction shows of ‘Big Brother Season 3’, I became the segment editor on the ‘2003 Aria Awards’ & had a short stint as an assistant editor on ‘Lord of the Rings – Return of the King’.

While at  Clemenger BBDO I have been involved in creating  commercials, advertising materials & content for numerous high profile clients including ‘Virgin’, ‘Hungry Jack’s’, ‘Smiths’ & ‘Mitsubishi’.

From food retouching & broadcast design to award entries & animatic executions, thanks to my time in this fast paced environment I have developed a solid workflow in all areas of video post-production.

Matrix Creative also produces the Audio/Visual content for major music events & delivers premium visual experiences for audiences in many of the city’s nightclub venues as well as events at Sydney’s best known venues including the ‘Hordern Pavilion’, ‘Acer Arena’ & ‘Homebush Exhibition Halls’ including ‘Knockout Circuz’ which had 18,000 patrons.

Branching into 3d Graphic design, at every opportunity, I relish the challenge to deliver eye catching 3d based visual executions to raise the profile of my clients in the competitive marketplace.

Enjoying the challenge of problem solving, I am a quick thinker & do my best work under pressure.