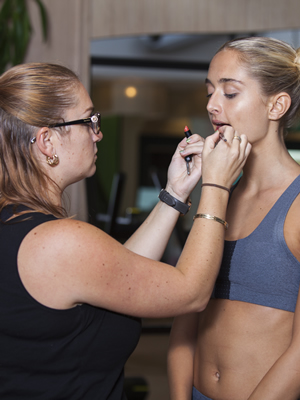 Chelsea has enjoyed the privilege of being a hair & makeup artist across the globe, having worked in London, Spain, New Zealand and of course Australia. From beards to beauty there isn’t much this talented artist hasn’t got her hands stuck into, and Chelsea has learnt from some of the industry’s most respected names.

Chelsea’s love, Passion & enthusiasm for her industry is paramount, she always continues to execute the best look for her clients, as well as continuing to grow and evolve her brand, “No two makeup’s are ever the same, and I think knowing that allows you to grow & evolve as an artist.  Chelsea’s professionalism and down to earth nature have been the reason she’s been able to enjoy such an extensive carrier in many forms of this industry. To see Chelsea, move from strength to strength is an absolute joy, it’s clear to see her versatility has captured the respect of many in the Industry.

We look forward to working and meeting you all.