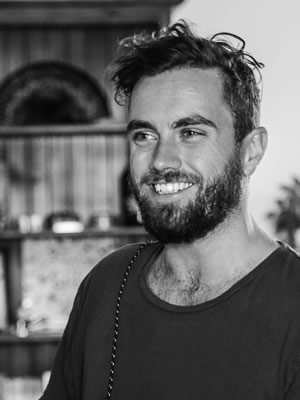 Tim is a passionate director/videographer/editor/musician/photographer who got hooked on creating stories when he made his first (very) amateur feature film back in high school.

Immediately following a Bachelor in Communications (Media Arts and Productions) at UTS, he was brought into the world of MTV. There he worked a variety of jobs, primarily editing and shooting, before eventually becoming a Producer and working on news, live music, branded content and reality series.

Since leaving MTV, he has shot on two long-form television series (Greeks of the Sea, A Model Adventure), before expanding into the world of advertising, working with BMF in their content department across shooting, editing and motion across branded content and TVC’s.

The ad-world was put on hold to DOP two seasons of Unplanned America, before returning back to Australia as a freelancer.

His diverse background spanning over 10 years of news, documentary, live music, music video, travel/tourism, TVC and branded content proves adaptability to any project, with a focus on directing, editing, shooting and motion, while always building up great relationships with clients to achieve the best possible results.

Recently, he has just returned from a 2.5 year stint living and working in London and Amsterdam for multiple world renowned clients such as Nike, Google, Barclays Premiere League, Vice, LADbible, SPORTbible, including writing, co-directing and editing on a Cannes Grand Prix winning campaign.