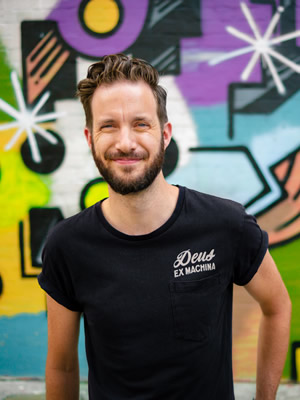 Born in New Zealand, Scott Walmsley jumped across the Tasman in 2000 and has spent the last 17 years attempting to impress his Kiwi wit upon Australians. He is currently based in Sydney.

As an Editor Scott has worked on a huge array of projects since graduating with a Masters of Drama Editing from the Australian Film Television and Radio School. These range from feature films, documentaries, commercials, web series, short films, and music videos. He works both in comedy and the serious; routinely adding elements from one into the other.

His versatility allows him to bring a dynamic energy to his work giving each project a unique aesthetic. This has led to his projects being recognised by the Directors Guild of America awards, the Australian Film Institute awards, Logies, One show entertainment awards, D&AD awards, ATOM awards, Australian Screen Editor Awards and Tropfest.