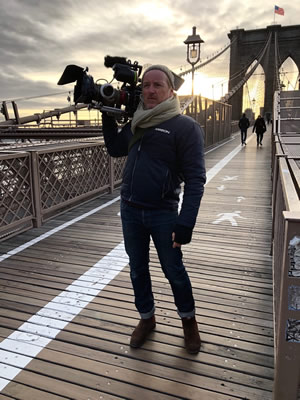 Geoff Blee has extensive experience in Television production. Having shot major series both in Australia and Internationally over the past 15 years he has travelled and worked in countries such as USA, Russia, Japan, Germany, Netherlands, Singapore, New Zealand, Thailand and the United Kingdom. As a DOP and cameraman he has shot for TV networks and channels such as National Geographic, Discovery, MTV, ESPN, ABC, SBS, CH9, CH7, CH10.

He has also covered live events such as Australian Fashion Weeks, MTV and Aria awards and Major launch parties within fashion and entertainment.

Geoff has a competent and professional approach to his work, which combined with strong communication skills, enables him to be an essential part of any project.