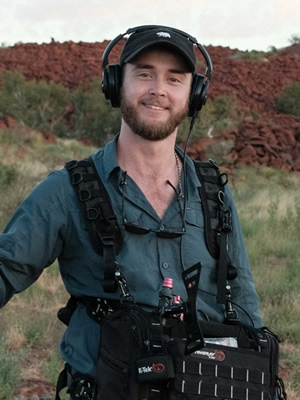 Gavin is a Location Sound Recordist and Drone Pilot (CASA) based in Perth, WA who has been working in Film and Television for the past 7 years.

Focusing on working in drama for feature film and television, Gavin is also experienced in TVC, documentary, corporate, VR and online content with projects airing on BBC One, Discovery Channel, Channel 7, Channel 9, SBS and ABC.

Gavin is an easy-going and professional Sound Recordist who is passionate about recording great audio and has a kit filled with industry standard equipment that is ready to tackle any project. His kit includes Sound Devices audio mixer/recorders, Lectrosonics wireless with Schoeps, Sanken and DPA microphones. He also has a fully equipped sound van and drama sound cart with additional accessories for larger productions.