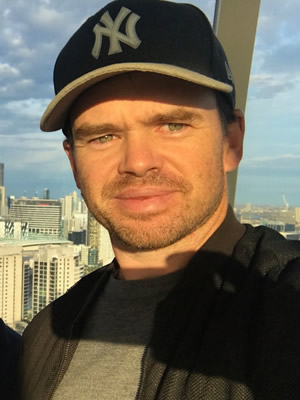 With over 20 years’ in media, Ben Fogarty is a versatile, experienced and highly professional DOP now based in Sydney.

Prior to becoming a freelance DOP, Ben was a full -time cameraman for 60 Minutes Australia.  He completed a diploma in video production at RMIT University and started his career as a news and current affairs cameraman at the Ten Network and GTV9.

He travelled extensively while working at 60 Minutes and also spend time in the Middle East as a freelance cameraman filming high-end corporate videos in Dubai and Doha before relocating to Sydney eight years ago.

Ben is an experienced Movi operator and a fully licensed and insured drone pilot.