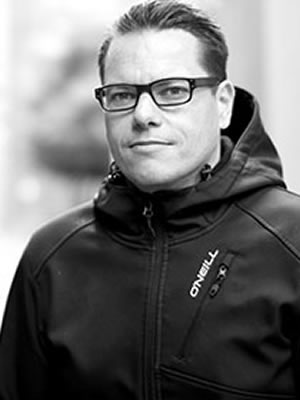 As a graduate of AFTRS (2003) he loves creating stylised cinematic work, whether it be corporate videos or TVCs, Nick is always striving to bring a unique visual style to any project he works on. Recently Nick has shot projects as diverse as The award winning web series After Nightfall, TVC for NSW Farmers, video clips for Universal Music shot on the Arri Alexa and a series of Huewei online spots filmed on a mobile phone.

Nick also made the branded content series The Party Garden, which won the 2009 Adnews Campaign of The Year. He also wrote and directed the highly stylised short noir Killers and Thieves staring John Waters.

Nick recently invested in a set of Schneider PL cine lenses that can be used on his Sony F5 or other cameras such as the Arri Alexa or Red cameras. Being a passionate collector of lenses he also has a set of old Nikkor primes that have their own unique look.

With a weakness for travel, lenses, old cars and corn chips (he is in fact happiest when mixing any of these), It’s safe to say that Nick has a passion for diverse and interesting projects.