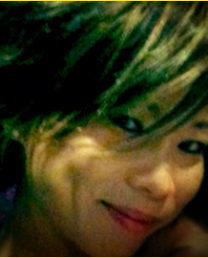 Having started her film career at Oscar-winning director Jonathan Demme’s renowned production company Clinica Estetico in New York, Michele learned from the best in Hollywood of what it takes to produce projects from start to finish. After 2 years at Clinica Estetico, she moved onto production co-ordinating at USA Films (now Focus Features) and assisted EVP Randy Ostrow in overseeing a broad slate of hit films ranging from Steven Soderbergh’s Traffic and Spike Jonze’s Being John Malkovich to Wong Kar Wai’s In The Mood for Love, followed by a 6-month stint field producing on Matt Lauer’s popular TV show Today for NBC in Paris.

Michele’s love of documentaries led her to win 1 of 10 places in an Asia-wide competition resulting in her writing, directing and producing a multiple award-winning documentary Body Snatchers of Bangkok for National Geographic Channel and later producing other successful documentary series for Discovery Channel such as Lonely Planet’s Lonely Planet Six Degrees whilst also concurrently developing and securing financing for indie films like One Last Dance which premiered at Cannes.  Upon her move to Sydney, she continued to produce television content for Beyond Productions, Quail TV, Radical Media as well as advertising and branded content for clients such as Sony Entertainment, Rebel Sport, Telstra, Commonwealth Bank amongst others.

Michele’s forte as a Producer lies in her proven consistent ability to deliver jobs under budget and within schedule without sacrificing quality. Abiding by her personal mantra to ‘do something really well or don’t do it at all’, her creative storytelling talent, strong client-facing skills, adept production and post-production management plus well-honed financial accounting abilities make Michele an invaluable asset to any project. She is also fluent in French, Mandarin, Cantonese and Hokkien.